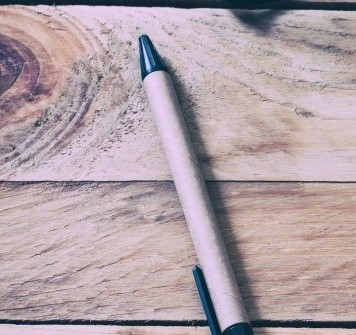 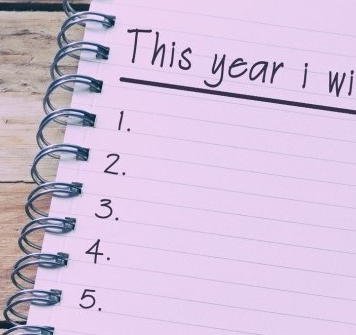 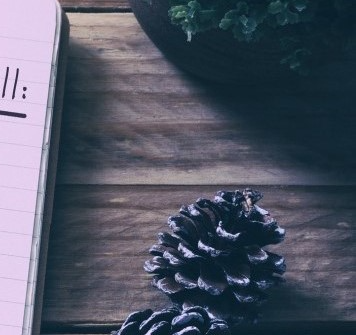 Perception and the Key to Successful New Year’s Resolutions

In this 2023 New Year’s message, our CEO Laurence Oakes-Ash draws on research and personal experiences to give insights into how we can successfully make real, positive changes in our lives (and for the environment), whether as a New Year’s resolution or at any other time…

My house has suddenly got bigger

Christmas was crazy. We took on far too much. From the 17th of December all the way through to the 29th, we had visitors in our house at every waking, and sleeping, moment. We accommodated 5 separate groups of visitors, threw 2 parties and hosted at least 4, 10-person lunches or dinners. 13 days of un-compensated entertaining meant that I was more excited than ever to get back to work… so that I might finally enjoy a well-needed rest.

But strangely, as the last of the Christmas house guests departed, our house suddenly felt huge, spacious, palatial even. It was a very odd feeling - as if the walls had expanded, the ceiling had been lifted and the volume had suddenly been switched to “mute”. There was an unfamiliar stillness in the air that settled on everything like fresh fallen snow.

I slumped down in my chair exhausted and as I did so, three thoughts entered my mind:

Now, for those of you without any acquaintance with current children’s fiction, the reference to A Squash and a Squeeze and Julia Donaldson may have been lost. While gathering around the TV to watch a Julia Donaldson TV adaptation at Christmas has become a staple tradition for many families, that may not have helped you. Yes, many of Julia Donaldson's popular children's books, such as "The Gruffalo" and "The Snail and the Whale," have been immortalised as a Christmas TV adaptation… but not A Squash and a Squeeze. Which is surprising, as it truly is her most seminal work.

A Squash and a Squeeze charts the story of a farmer’s wife who is feeling cramped in her small cottage. She shares her complaint with a wise old man who lives down the lane, and he comes up with a cunning plan to make her house bigger. First, she is told to bring a cow into her living room, and subsequently instructed to invite a sheep, a pig, and a hen into her home. At this point, chaos ensues and she starts to really go mad from the lack of space. Finally though, the wise old man instructs her to put all the animals back outside. Upon doing this she suddenly perceives her cottage to be much bigger and more comfortable – perfect in fact. As a result, she had no more complaints and lives happily ever after. As the perfect parable for gratitude, can any story really better A Squash and a Squeeze?

Not only is it a great moral tale - it also teaches us a lot about behavioural psychology – in particular, that our perception is a peculiar thing and that how we perceive the world is not fixed. In fact, how we perceive the world is very much dependent on our experiences of the recent past. This is an important observation that we instinctively understand and recognise as we read the story, but one we regularly fail to apply in our daily lives.

Let me explain with a few examples.

In 2022 we introduced an initiative called Low Carbon Lent. The idea wasn’t supposed to be religious – it just had a good ring to it and was a concept people naturally understood. It started as an internal initiative within City Science to provide an opportunity for employees to identify a change they could make to reduce their carbon emissions and to see whether they could persist with the change for 40 days. We were mainly surprised it wasn’t a “thing” already and so decided to create some materials, a website and give the idea a push.

In our family, we decided to address carbon from our food.

Prior to doing Low Carbon Lent my kids expected summer or tropical fruits at breakfast throughout all the seasons of the year. They had a baseline perception that this was normal. Why shouldn’t they have grapes in December?

We made a lot of changes to our food habits to try and reduce carbon emissions, but taking out-of-season fruits away from my children? That was probably the thing I was most worried about. I knew my wife and I would be fine with the changes to our food habits – we understood why we were doing it. We understand food miles, we understand the implications. But the kids? I thought I was going to have a real fight on my hands.

We haven’t had out-of-season fruits in the house since.

Their baseline had shifted. While they still love pineapple, grapes and strawberries, they no longer expected them all year round. It was so much easier than I’d ever expected.

[It’s probably worth also noting that by changing our food habits, we drastically reduced our plastic waste, and saved ~£30 per week on our food shop!]

However, changing baselines aren’t always good. Our perceived baselines impact the way we experience loss – either by making reasonable reductions appear more painful than they are, or by making us numb to losses that are actually really, really important. Our modern lifestyles - where every digital interaction is an attack vector for marketing agents, where we’re continuously conditioned through behavioural and advertising trickery to consume more - make it difficult to distinguish between things that we feel we need and the things that we really do need. Without challenging or questioning our baseline lifestyles, it can be very easy to find that we’ve fallen into patterns of behaviour that have high environmental costs, don’t deliver any real benefit to us personally, or both. The expectations we hold about our lifestyles have a significant influence on the cost we perceive when things change. In prospect theory, this is known as “reference dependence”.

Whereas in A Squash and a Squeeze, the lowered expectations fabricated by the wise old man’s recommendations lead the old woman to realise a new sense of gratitude, if our expectations are unduly high, we can perceive a small change as a larger-than-necessary infringement on our lifestyles. This is one reason why reasonable policies that deliver overall social good but result in a minor inconvenience to a particular group can be met with vehement opposition.

But shifting baselines can also make us less perceptive of losses that are actually really important – for example how we perceive changes to the natural environment or the climate. Our changing perception of the natural environment is known as Shifting Baseline Syndrome (SBS). SBS is described as ‘a gradual change in the accepted norms for the condition of the natural environment due to a lack of experience, memory and/or knowledge of its past condition’. I.e. what we consider to be a healthy environment now, past generations would have considered to be degraded, and what we judge to be degraded now, the next generation might consider to be healthy or ‘normal’ [1]. And what we perceive as normal, in turn influences the way we perceive real loss. Our recent experience is that biodiversity loss is just a ‘norm’ and so we’re becoming numb to what we’re actually losing. 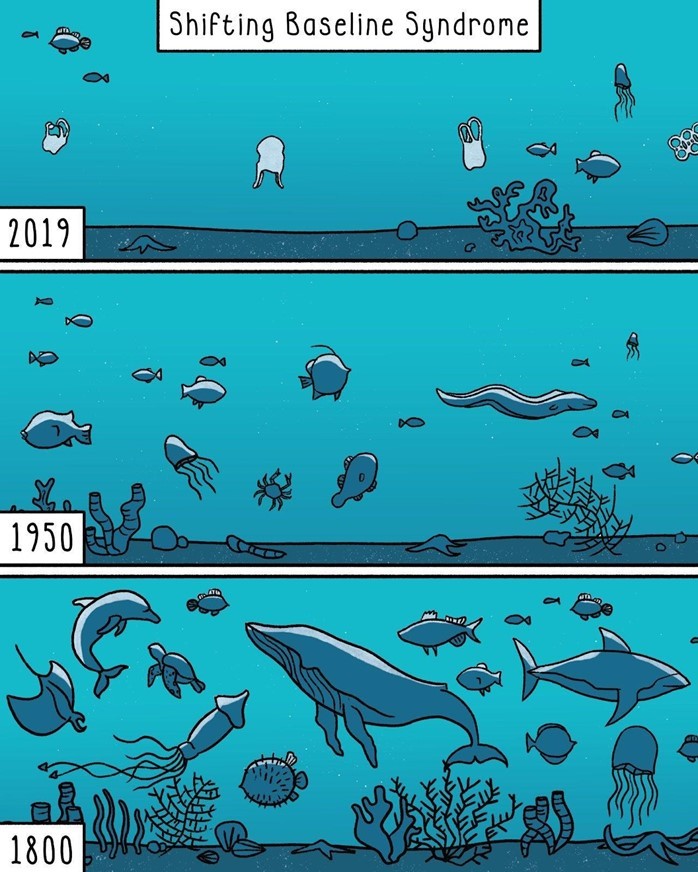 The same baseline shifting is true of climate news. As I write, Europe is experiencing one of its most severe winter heatwaves in modern history with hundreds of warm temperature records broken all over the continent. But our widespread perception is that these are nice, mild temperatures. We seem completely numb to the fact that they represent the continued and steady march into a climatic nightmare. 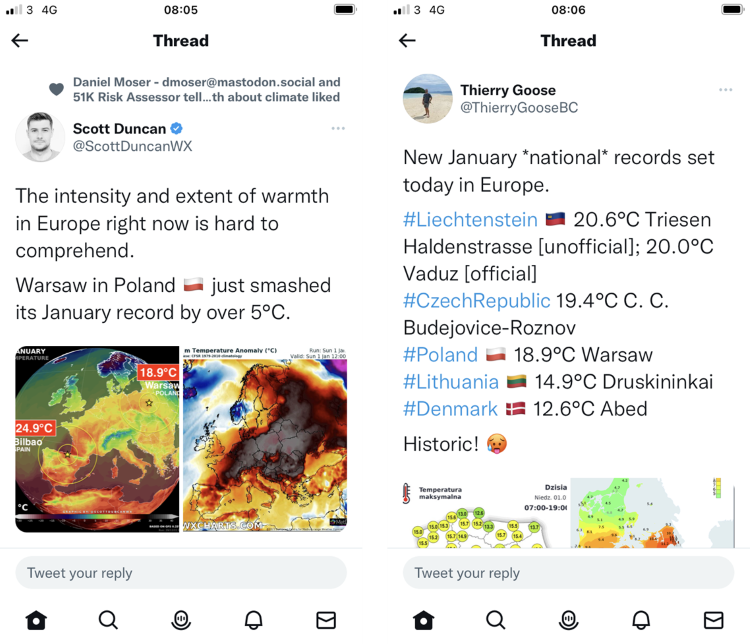 From Perceptions to Habits

This is not a new idea. In the 1950s a cosmetic surgeon named Maxwell Maltz began noticing a strange, consistent pattern among his patients. Following an operation, Dr Maltz would find that it would take a patient about 21 days to get used to their new condition, for example, a nose job. Similarly, when a patient had an amputation, Dr Maltz observed that the patient would sense a phantom limb for about 21 days before adjusting to the new normal. These observations led Maltz to propose that a minimum of 21 days could allow people to form a new mental image across a range of circumstances. More recent research shows that new perceptions or habits can embed from anywhere upwards of 18 days [2]. Note, these are the minimum adjustment periods, and that a range of factors may influence how long we individually need to adjust. But decades of research consistently show that new perceptions or habits can be formed through repetition over a sustained, but not overly long period of time.

All this brings me to the main point of this blog – New Year’s Resolutions. The New Year gives us an opportunity to reflect on our baseline behaviours and perceptions. The New Year prompts us to question whether we want our 2022 lifestyles, habits or perceptions to persist into 2023. It also gives us the opportunity to do something new – create a new habit that we aspire to.

And whilst it’s not for me to tell you what your new year’s resolution should be, the key thing I will recommend is that you resolve to persist. Persistence will pay off. Persist for at least 21 days and ideally longer. You will be surprised by how quickly you can adapt, but the key to success is choosing a resolution that you can embed in your daily life and sustain for an initial period. Whether it’s your personal life or business, it’s that initial period of sustained effort that will make a massive difference to your likelihood of success. In a film, that hard work would usually be condensed into a montage, because let’s be honest, it’s too repetitive to be entertaining. But that’s the point – repetition is the key to changing your perception of what your normal looks like. This is one of the reasons I like Low Carbon Lent so much, because a commitment to persisting for 40 days is built into the process. Our experience from Low Carbon Lent is that many of the changes we implemented are still with us. And I would suggest that our key learning from Low Carbon Lent is that you really do have the capacity to change anything you want. Perceptions and habits are not fixed, so go and make a difference.

If you're interested in following or participating in our Low Carbon Lent initiative this year, make sure to follow the City Science page and sign up for updates on the Low Carbon Lent website

[1] George Monbiot has summarised the state of conservation in the UK as follows: “conservation in this country has become indistinguishable from destruction because what we’re conserving is an ecocidal system of sheep ranching. Sheep eat everything, and as a result, there’s no birds, no insects. We’ve lost almost everything, and yet we regard that as normal and natural.” I.e. he suggests that in the UK people are actively conserving ecologically desolate ecosystems as they have no reference to past British wilderness.

Keep up to date with the latest transport information