City Science was commissioned by WSP to provide evidence to Somerset County Council on the different mitigation options available for the A38 Creech Castle Junction Improvements Scheme. The scheme aimed to relieve peak time disruption at this main pinch point in Taunton and it is critical that the traffic through the area is managed correctly during works. The commission was specifically to leverage City Science's innovative Macro-to-Micro Conversion Tool. This tool enables a local authority to consider operational schemes quickly and cheaply by reusing their strategic modelling assets, rather than the traditional method of building a microsimulation model from scratch. To our knowledge it is the first example of a strategic model being repurposed for modelling of operational scenarios.

Somerset County Council had some very difficult decisions to make regarding the traffic management, lane closures and road closures needed as part of the construction of a major improvement on the main route into Taunton. The Council needs to look at the impact of several alternative options for restricting and managing traffic movement through the area, to establish which would be the most acceptable and to identify any pressure points that would be created more widely around the network which might need to be addressed as part of the plan.

The team used the City Science Macro-to-Micro Conversion Tool to rapidly develop a microsimulation model of Taunton. The generated microsimulation model was then used to assess three different mitigation options for the roadworks associated with the A38 Creech Castle Junction Improvements. These were a mixture of road closures, lane closures, temporary signals and signal re-timings. 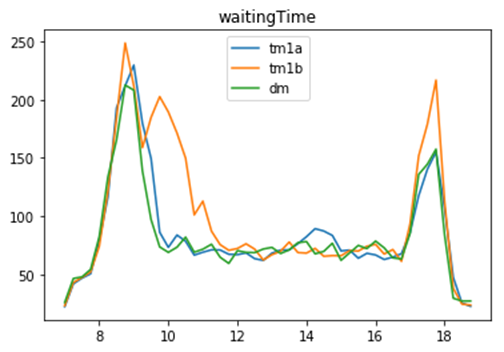 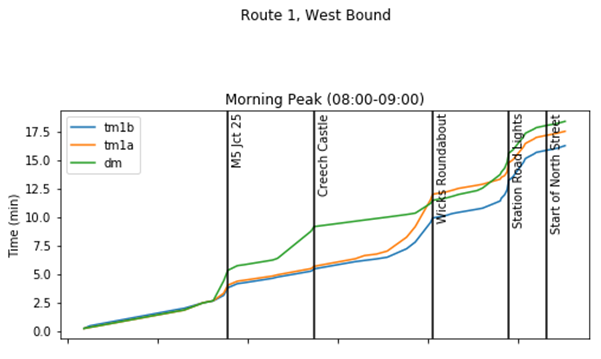 The process provided additional assurance for the final outputs with schemes being assessed at all three levels of simulation: Macroscopic, Mesoscopic and Microscopic using both SUMO and SATURN software packages. Despite the tight deadline, this was conducted in an expedient and timely manner in advance of council cabinet meetings. 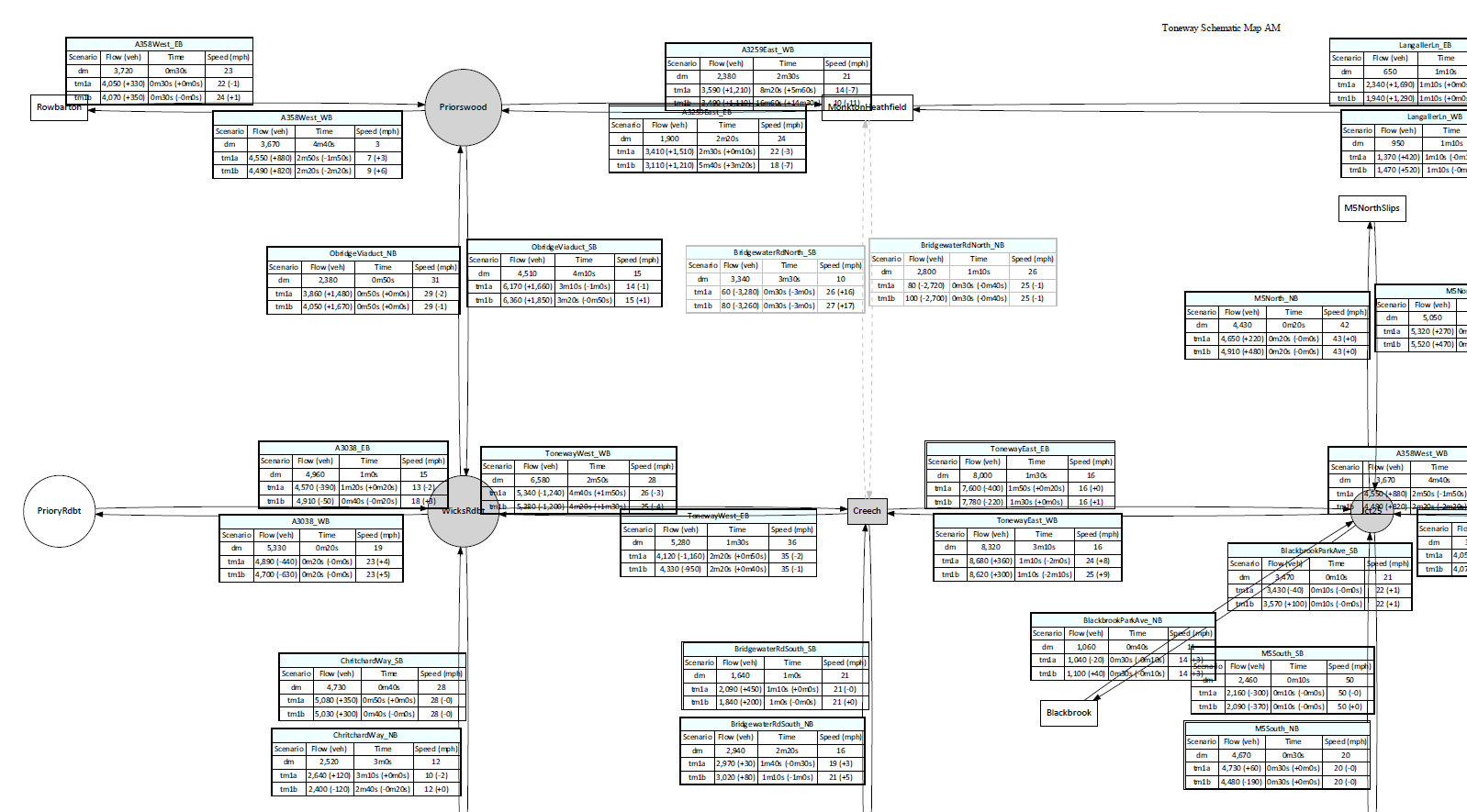 The model also eased concerns about the issue of rerouting, as it showed rerouting was not occurring on minor roads as feared but instead on alternative arterial routes. This was through second-order indirect re-routing, hence a bespoke microsimulation model of the study area would have been unable to show such wider impacts.

The model also allowed for interactive demonstration across several workshops with council officers and traffic engineers as the microsimulation was able to directly explore the study area across the whole simulated day, visualise the severity and extent of queuing, while interactively in the workshop open or close roads and lanes. These workshops enabled the client to explore options and receive modelling evidence to support their preferred recommendations.

The City Science Macro-to-Micro Conversion Tool reduced the time required to develop a traffic microsimulation from months (using traditional methods) to days. The project would have not been possible to complete in the available timescale ahead of cabinet meetings without the City Science Macro-to-Micro Conversion Tool. This was the first time the client was able to leverage their strategic model in support of their operational planning.

“The innovative modelling approach provided by City Science and WSP enabled us to visualise and quantify the likely congestion impacts of different strategic options and discuss and test further changes in a live workshop environment. The insights gave us the confidence to progress the scheme, and the materials to provide assurances to our communities and stakeholders. It is astounding that such useful operational insight can now be pulled from our strategic traffic models so quickly and cheaply.”
Mike O’Dowd-Jones, Strategic Commissioning Manager, Highways and Transport, Somerset County Council