As part of the evidence base for the Greater Exeter Strategic Plan, Devon County Council required a range of forecasts for commuting demand within the region based on economic and population projections. 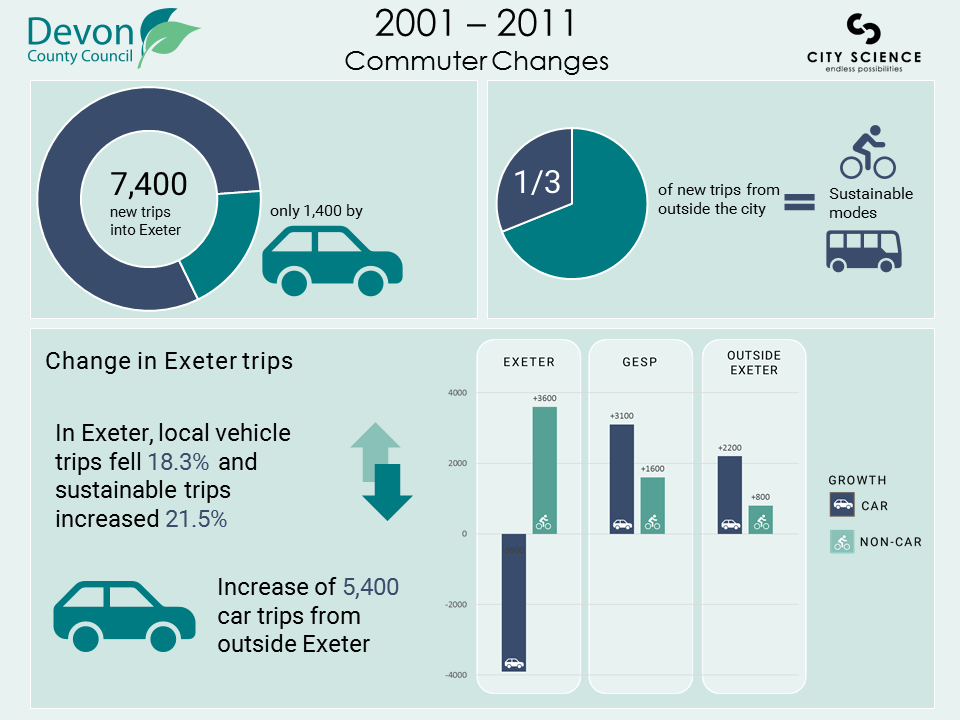 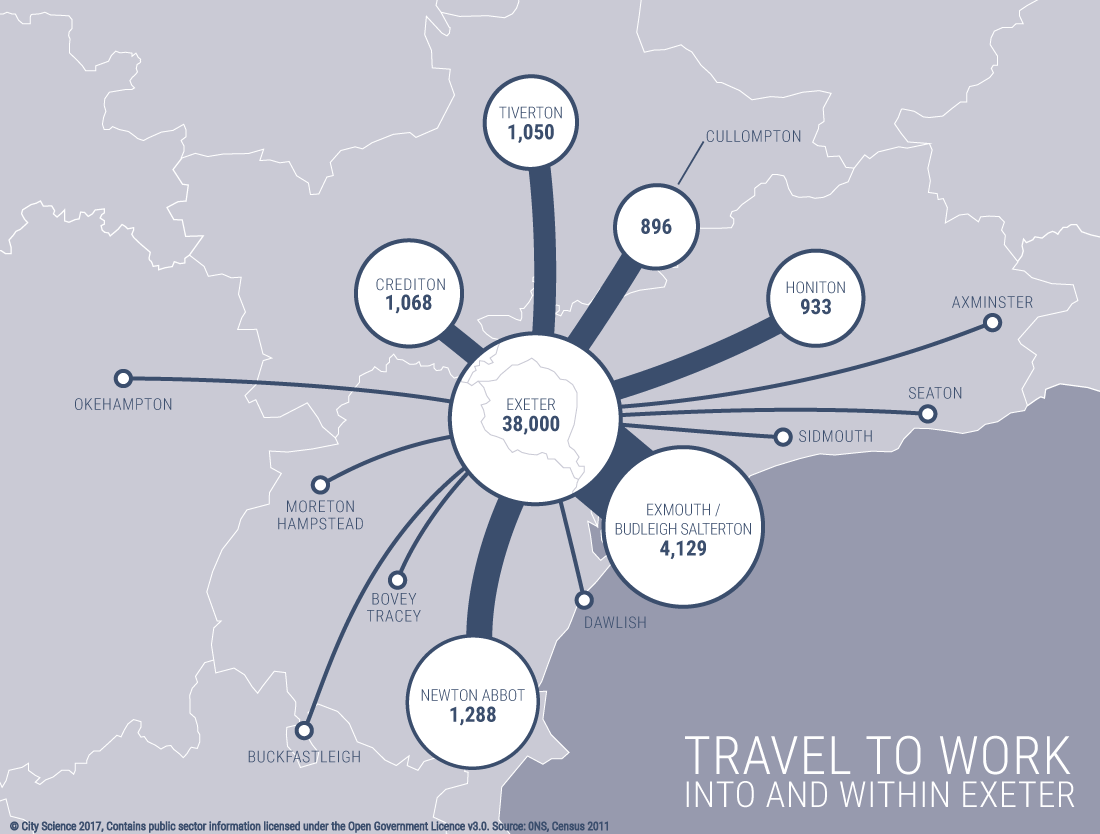 A range of predictive models were developed to forecast how population numbers and characteristics would influence demand for trips, in aggregate, spatially and by time of day. A range of scenarios were then developed, investigating possible future trends including the effects of autonomous vehicles and falling car ownership rates. Forecasts were presented against national, official trip-end models and an interactive tool was provided to the client to develop their own scenarios.

The influence of other factors, such as the growth in Light Goods Vehicles was also reviewed.

City Science developed a range of fan charts and heat maps to visually capture the future trip rate projections, their inherent uncertainty and the spatial distribution of the projected trips. 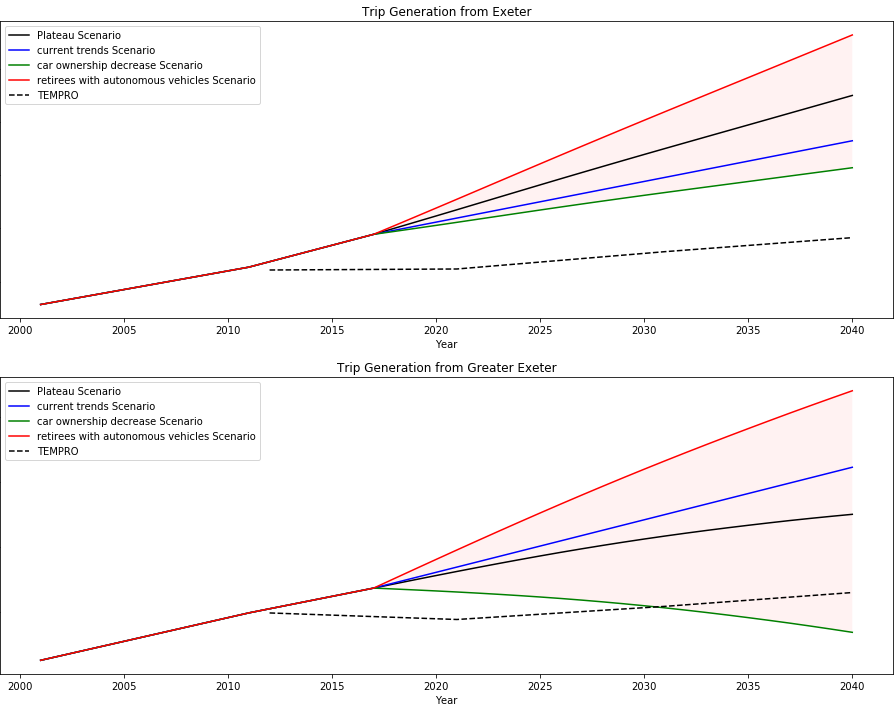 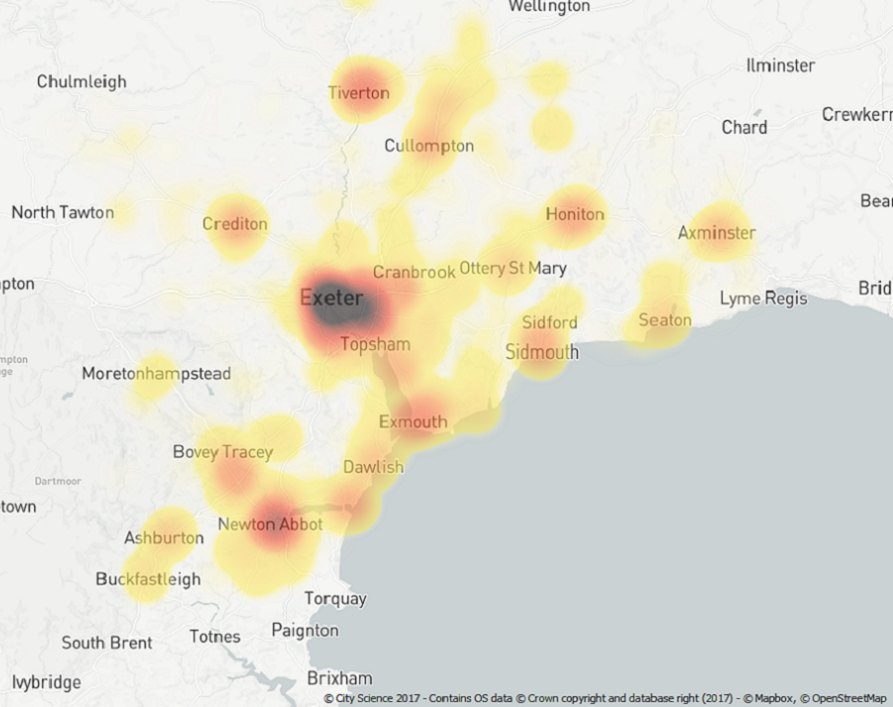